Radical Film Network has begun, and one of the most interesting aspects of the varied programme is Radical Home Cinema, which allows the public to watch films in the homes and workspaces of people involved with radical film.

One of the most unusual events on the programme has to be Artful Dodgers, a short satire on the gentrification of the Barras in the style of an art theft caper, made by Gary Barton, aka Mr Glasgow. 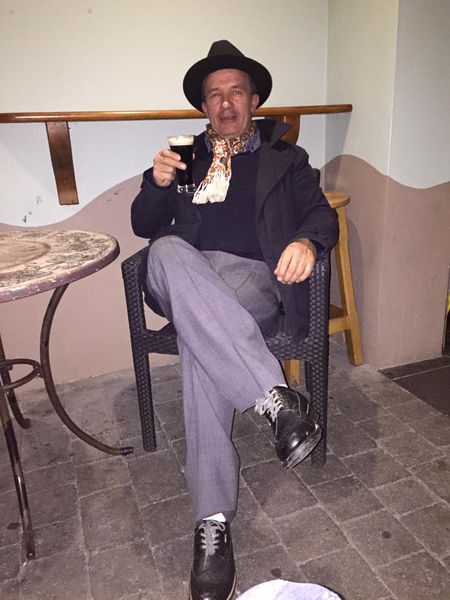 Barton has built up a cult following with his YouTube broadcasts documenting the activities of characters from the Barras, which have seen him christened “the real alternative to STV”.

However, as Gary asks, “Why is STV so boring? They should let us on it. We’re not the alternative to STV – they’re the alternative to us. My YouTube channel’s been called Glasgow TV for nine years. We just present life in that street in the Barras. We’ve plotted doing our own style of cookery or travel shows.” Inevitably, not everyone has seen the funny side – “Some people think we show the Barras crackpots. I don’t think the Council would like our videos.”

The Artful Dodger is unusual for its improvised approach, with actors in some cases being directly plucked from the streets to appear in scenes. As Gary observes, “The actors are naturals, the ones almost playing themselves couldn’t act, but one passerby, James Hamilton, was a natural. One scene in the film happened for real, and I just shot it. You’ll see it a mile away ‘cause the acting’s better. “

While many of the films of the films in RFN’s programme are very sober, given the seriousness of their subject matter, Gary thinks that comedy can communicate issues equally well. He claims that it’s “comedy all the way. It’s more fun and might have more effect than being patronised. We just want our point of view exposed.”

Gary is not against gentrification per se, but is wary about its pitfalls. “The gentrification is welcome, as long as they don’t put fucking flats in the place. I don’t mind it being full of galleries. That’s what ruined the Merchant City, now they want to turn the Barras into an entertainment playground.” It amuses him when he visits the West end , and sees “shop windows painted with words yer granny used to use.”

The programme will indeed be ‘’comedy all the way”, as Artful Dodgers will be supported by a clip from Mel Brooks’ classic Young Frankenstein. Gary explains, “Maria and Amparo (the organisers of Radical Home Cinema) asked me what my favourite film was. They should have asked me what my most influential film was.”

Like all zero budget filmmakers, Gary feels the limitations imposed by working with no money and resources, and has to turn these to his advantage. “If we had the resources, we could make a 15 minute film a month.

“On the day we were filming, Norrie Innes (owner of the Barras Art and Design Centre) was holding a rave. I always say fuckups make the thing, but there’s a lot of rave music in the film, and no rave backdrop, so I turned him into the comedy butt of the film. He’s desperate to see it, and so’s his lawyer.”