Pierre  Clémenti in Wheel of Ashes

Pierre  Clémenti was one of the most mercurial personalities on the French film scene of the ’60s and ’70s, and one who embodied the period’s aspirations and contradictions better than most. Lethally handsome, he was being groomed for stardom by the mainstream film industry, but after appearing in a couple of mainstream films, he turned his back on the commercial industry to work only with directors he respected. These are like a roll call of the finest radical directors of the period – Bunuel, Bertolucci, Pasolini, Garrel, Glauber Rocha, Miklos Jansco, and Dusan Makavajev – he turned down Fellini for Satyricon, preferring to play Christ (under the influence of LSD) for Garrel in The Virgin’s Bed. He had already played, in the space of that year, Satan for Bunuel (in The Milky Way)- the fact that he could play both parts sums up the mixture of feral menace and transcendental yearning that he could simultaneously evoke. 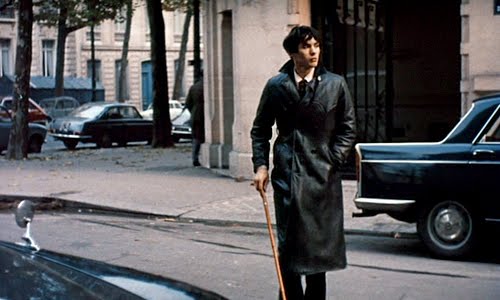 While he is best remembered as the steel-toothed gangster lover of Bunuel’s Belle de Jour, his filmography is full of intriguing-sounding items. 1968 was a very busy year for Clémenti – as well as playing the leader of a pop group in Marc O’s pop music satire Les Idoles, he was embodying the spirit of alienated French youth in Wheel of Ashes, an attempt to bridge the French and American undergrounds, with Jean-Luc Godard producing a film by hottest thing out of New York, Peter Emmanuel Goldman. Clémenti took his starring role possibly a bit too seriously, taking so many drugs that Goldman found working with him a nightmare, swearing never to make a film again – he was  true to his word.

Clémenti would also exasperate Bertolucci, with whom he was filming Partner, taking on both starring roles to illustrate the schizophrenia induced by consumer capitalism. On weekends he would return to Paris, where he got caught up in a riot on Boulevard St-Michel while trying to go to a speech by student leader Daniel Cohn-Bendit. This would be a pivotal moment for Clémenti, one which would inspire a move to Rome and to make a film of his own, La révolution n’est qu’un début. Continuons le combat (The Revolution is Only a Beginning; Carry on the Fight), an intensely personal response to the events which he called a psychedelic manifesto for permanent revolution.

What was little known until recently was that Clémenti was already working on underground films of his own. If French underground films,  like British ones, don’t have as high reputations as those coming out of the USA or Vienna, recent reappraisals have discovered the dynamism of these film scenes. The film Clémenti began working on in 67, Visa de Censure No X, comes on like an ecstatic fusion of a benign Kenneth Anger and the diary films of Jonas Mekas; I can think of no other film that so epitomises the optimism and hedonism of that year.

However, both the world and Clémenti’s life would take a darker turn. He would reduce his workload after suffering a nervous breakdown shooting Philippe Garrel’s La Cicatrice Interieure (as did its director – that must have been quite a shoot), and then, most seriously, spend eighteen months locked in an Italian jail. These were the ‘years of lead’ in Italy, where left wing terrorists were violently attacking and kidnapping businessmen and politicians, and the police were immured in corruption.

The police claimed that he was in possession of drugs; he claimed that they locked him up for his political activities and connections, and that the French government refused to intervene because of his associations. Which account is true?

Probably both, since Clémenti was no stranger to narcotic pleasures. If, in Germany and Italy, many on the left turned to terror post-68, in France as many had slipped into addiction. 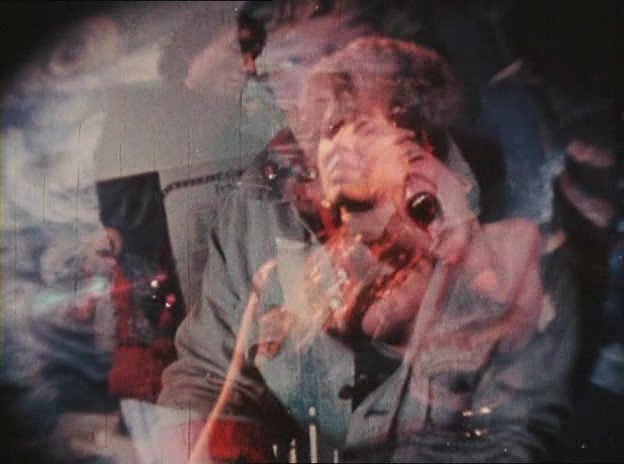 Indeed, Clémenti would make one of the most extraordinary films on heroin (probably literally on heroin) with A l’ombre de la Canaille Bleue (In the Shadow of the Blue Waster), a zero budget 8mm science fiction film set in a Paris of the near future where the police control the population through heroin. This film suggests that Clémenti would have been the perfect director to film Burroughs; others have seen strains of Genet in its alertness to the position of North Africans in Paris, not to mention a shocking sexualised murder scene.

However, his film work undoubtedly decreased on his release, although it included at least one great film, playing an ageing leftist revolutionary in Jacques Rivette’s paranoid vision of the new Paris, Le Pont du Nord. He would also meditate on his prison experiences, and indeed his whole life, in his final film as director, Le Soleil  (The Sun), resourcefully editing his past life in film into a last will and testament. 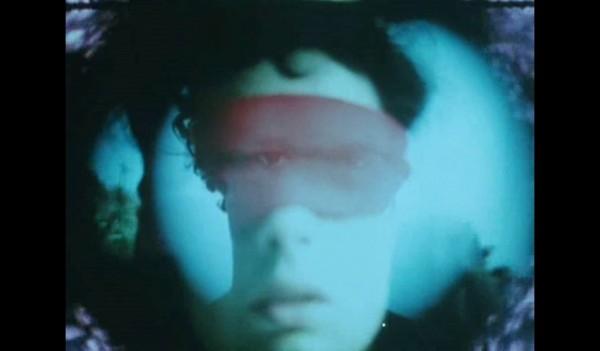 While there’s definitely a feeling that Clémenti could have done more – dying in his fifties from liver cancer in the city where he was born, Paris – that he was one of those people who put his genius into his life and his talent into his work, he led quite a life, one with as little compromise as possible, and left behind some amazing films.